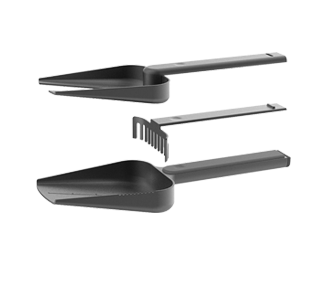 Are all Smart suitcases truly “smart”? Recently, many suitcases have launched with strong technological features, but here is the question: Are They Really Applicable?

A majority of Smart suitcases have been banned since 2017 due to flight security reasons. With weight sensors, GPS tracking, and more, Bluesmart suitcases has been in the center of attention for many travellers. Selling more than 65,000 suitcases worldwide, Bluesmart was a massive hit in all over the world. However, following the ban, the company has closed with an explosively high volume of emails from previous customers requesting a refund. Similar stories followed with numerous other brands such as Raden.

Many people realize that most Smart suitcases are banned, and avoid purchasing them to eliminate risks of wasting money; yet, most don’t question which parts of the suitcases have been banned. The problem with banned suitcases originates from the lithium batteries that are utilized in the installed devices, as they have explosive features unsuitable for air travel. So instead of enjoying their luxurious Smart suitcases, many customers were left with useless, expensive junk.

To prevent their products from being banned, many companies have developed suitcases that stay within the boundaries, meaning travelers can use “smart” suitcases without hassle. Some of these include Ovis, Raden, Modobag, and Away. The only problem with these new designs is the cost, as they are usually over $400 with all the smart features.

Ovis, an innovative suitcase that follows you around as a puppy, retails at $400. Though their features are attractive, the price isn’t.

Away, quick to rise in the luggage industry, comes with a removable interior 10,000 mAh battery and two USB ports, which means charging up at the airport is more convenient than ever. The prices start at $255 for carry-on size. The Away's slightly bigger carry-on, medium-size checked suitcase, and large-size checked suitcase go for $245, $275, and $295, respectively; which is cheaper than other suitcase brands with the similar quality.

Ovis and Away look fantastic, but finding a really serviceable piece of luggage for less than $200 isn’t easy.

In 2017, SHAPL, a Korean start-up company, also released a Smart suitcase with technological features. While staying within the boundaries, SHAPL managed to find a price point that is almost 30% of other suitcases with similar features. Moreover, they have included customizable stickers for customers to personalize their suitcase.

SHAPL has returned with even better. Made out of 100% polycarbonate, Hinomoto wheels, and upgraded handles, SHAPL’s suitcase has been at its best since the release. It’s hundreds of dollars cheaper than other brands when people compare it to high-end brands like Tumi and Rimowa whose carry-ons typically retail for $500 or more.

Soon after the release, SHAPL hit 100% of their $30,000 goal within one hour. Now, they are over $158,000 on their Indiegogo campaign and featured on Indiegogo’s Team Favorite. With 10 days left of the campaign, many SHAPL followers are quickly making their purchases at the Indiegogo Special Price.

Buying a smart suitcase with multiple features is simple and easy. But to purchase it with $300, $400 for a single suitcase; is that really smart?


Enjoy your travels with the SHAPL Suitcase & Backpack at $199, which includes a 20” and 25” Smart suitcase, as well as a Smart backpack.

Now That. That is what we call smart.